Spider-Man returns to the Marvel Cinematic Universe as Sony and Disney strike a new deal. 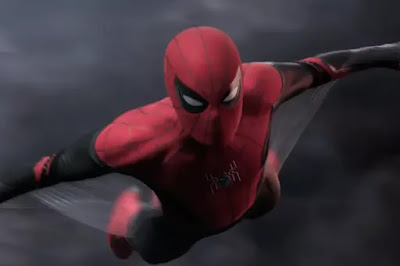 Sony Pictures and Marvel Studios will make a third Spider-Man movie together after all. Sony and Disney have struck a new deal over Spider-Man, which would let the web-slinging hero return to the Marvel Cinematic Universe.
“I am thrilled that Spidey’s journey in the MCU will continue, and I and all of us at Marvel Studios are very excited that we get to keep working on it,” says Marvel Studios co-president Kevin Feige, according to Variety. “Spider-Man is a powerful icon and hero whose story crosses all ages and audiences around the globe. He also happens to be the only hero with the superpower to cross cinematic universes, so as Sony continues to develop their own Spidey-verse, you never know what surprises the future might hold.”
The two studios previously announced this summer that Spider-Man would leave the Marvel Cinematic Universe after the companies couldn’t agree on a new financing deal. Disney wanted a 50/50 cut on all revenue made via Spider-Man films, instead of its previous deal, which included 5 percent from the first dollar gross and merchandising revenue. The separation meant Feige would no longer oversee the Spider-Man films, which fall under Sony’s banner.
Tom Holland’s web-slinging superhero would instead exist solely in Sony’s new Spider-Man universe, which also includes other characters like Venom. The inability to reach a new deal also prevented Holland’s Spider-Man from appearing in any more Marvel Studios movies, which is a significant loss to the studio, given how key the character has been in recent MCU movies. Under the new deal, “Sony is believed to have proposed keeping the arrangement under the current terms,” according to Variety.
The loss of Spider-Man to the MCU was also a deep blow to fans, who campaigned on Twitter to bring the hero back to Marvel’s universe. “It’s been a crazy week, and I love you all from the bottom of my heart, and I love you 3000,” Holland said at Disney’s biennial D23 fan convention in August, referencing a line from Avengers: Endgame that’s become a widespread meme.
The next Spider-Man movie — the third in Sony’s Homecoming trilogy — is set to be released on July 16th, 2021. 7 THINGS WE LEARNED ABOUT MYSTERIO'S SUIT FROM RYAN MEINERDING: